10 Habits that can kill a potential Sale 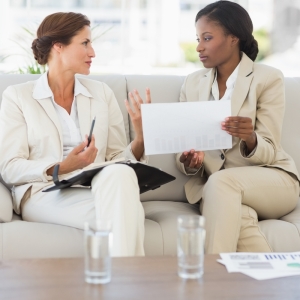 Persuasive people smile a lot because they have genuine enthusiasm for their ideas. This has a contagious effect on everyone they encounter. Doing this one thing will help to align all the other points and you will be happy when researching your ideal audience. But let us look at 10 habits that could help kill your sale…

1. Not knowing your Audience

Trying to sell something to someone that you don’t really know, you don’t know if there is a need or indeed if they have already got what you are selling will kill a potential sale or recommendation.

Persuasive people know their audience inside and out, and they use this knowledge to speak their audience’s language. Everyone is different, and catching on to these subtleties goes a long way toward getting them to hear your point of view.

The person you are speaking with is a person, not an opponent or a target. No matter how compelling your argument, if you fail to connect on a personal level, he or she will doubt everything you say.

People are much more likely to accept what you have to say once they have a sense of what kind of person you are.

If you tend to come across as too aggressive, don’t be impatient and overly persistent. Pushy people are a huge turn off. The in-your-face approach starts the recipient back pedalling, and before long, they’re running for the hills.

Persuasive people establish their ideas assertively and confidently, without being aggressive or pushy. Focus on being confident but calm. Persuasive people don’t ask for much, and they don’t argue vehemently for their position because they know that subtlety is what wins people over in the long run. Know that if your idea is really a good one, people will catch on if you give them time. If you don’t, they won’t catch on at all.

Constantly seeking approval because you present your ideas as questions or as though they need approval. Using phrases like “I think” or “It is possible that.” makes them seem flawed and unconvincing.

If you tend to be shy, focus on presenting your ideas as statements and interesting facts for the other party to mull over. Also, remove qualifiers from your speech. When you are trying to be persuasive.

Being unaware of your body movements, posture and gestures can send out the wrong messages.

Get your mindfeed copy today. Available from Amazon

Becoming conscious of your gestures, facial expressions, and tone of voice (and making certain they’re positive) will engage people and open them up to your arguments

It is not impressive to use phrases such as ‘A little bit of this and that’ when asked what you do.

Persuasive people are able to communicate their ideas quickly and clearly. When you have a firm grasp on what you’re talking about, it’s fun and easy to explain it to those who don’t understand. A good strategy here is to know your subject so well that you could explain it to a child.

7.  Not coming across as Genuine

Some of the above points could have the result of making you come across and not being genuine. Being genuine and honest is essential to being persuasive. No one likes a fake. People gravitate toward those who are genuine because they know they can trust them. When was the last time you met someone you did not think was genuine and a) welcomed them with opened arms b) had something positive to say about them?

Persuasive people know who they are. They are confident enough to be comfortable in their own skin. By concentrating on what drives you and makes you happy as an individual, you become a much more interesting and persuasive person than if you attempt to win people over by trying to be the characteristics of what is trending on twitter.

8. Not acknowledging that others have a Point of View

Stubbornly sticking to your point of view will demonstrate that you might not be a active listener. An extremely powerful tactic of persuasion is to concede the point. Admit that your argument is not perfect. This shows that you are open minded and willing to make adjustments. You want your audience to know that you have their best interests at heart. Try using statements such as, “I see where you are coming from,” and “That makes a lot of sense.” This shows that you are actively listening to what they are saying, and you won’t just force your ideas upon them. Persuasive people allow others to be entitled to their opinions and they treat these opinions as valid. They do this because it shows respect, which makes the other person more likely to consider their point of view.

How many times have you experienced being asked a ‘non’ question?

The biggest mistake people make when it comes to listening is failing to hear what’s being said because they are focusing on what they’re going to say next or how what the other person is saying is going to affect them. People like to know you’re listening, and something as simple as a clarification question shows not only that you are listening but also that you care about what they’re saying. You’ll be surprised how much respect and appreciation you gain just by asking questions.

Research shows that most people decide whether or not they like you within the first seven seconds of meeting you. They then spend the rest of the conversation internally justifying their initial reaction. This may sound terrifying, but admit it, you have done this yourself subconsciously! By knowing this, you can take advantage of it to make huge gains in your likeability and ability to persuade. First impressions are intimately tied to positive body language. Strong posture, a firm handshake, a smile, and opening your shoulders to the person you are talking to will help ensure that your first impression is a good one.

People naturally (and unconsciously) mirror the body language of the person they’re talking to. If you want people to like you and believe in you, smile at them during a conversation, and they will unconsciously return the favour and feel good as a result. Persuasive people smile a lot because they have genuine enthusiasm for their ideas. This has a contagious effect on everyone they encounter. Doing this one thing will help to align all the other points and you will be happy when researching your ideal audience.

Author:
Viewed: 593 times Share:
Upcoming Events
How can prisoners improve if the internal educational system fails them? One Of Britains Most (In)Famous Entrepreneurs Dies – RIP Arthur Daley
Registered in England, Number 08985963 at First Floor, 85 Great Portland Street, London W1W 7LT
VAT Number 196744752
Help us to help you keep up to date with small business issues by subscribing to our newsletter.
Sign Up Here
This is default text for notification bar
Learn more