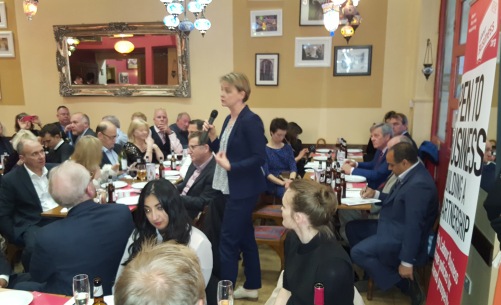 Despite worries that the dinner may have been postponed due to the announcement of the General Election last week, a large group of YBC Premium Members enjoyed a great meal with fantastic company.

Both MP’s took the opportunity to talk about their plans for supporting small businesses and the self employed which was received well by the audience.

This was the first of a number dinners planned for YBC members – keep your eyes open for details of our next events.