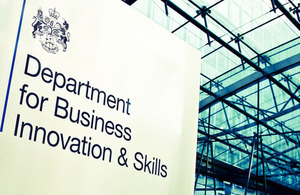 Small firms in profit bounce back to pre-2008 levels

A greater number of small businesses have increased their turnover, expanded workforces and reported profits over the last 12 months, according to new research published today (3 March 2015). These businesses forecast this positive trend will continue over the next year.

The Small Business Survey 2014 from the Department for Business, Innovation and Skills (BIS) is the nation’s most reliable source of evidence on enterprise.

The research of 4,355 small and medium-sized firms that employ at least one person, found that:

After the biggest recession in peacetime history, it’s now clear to see that our long-term plan is turning the economy around. Our aim is to make Britain the best place in the world to start and grow a business and this is now within reach.

Small businesses are leading our economic recovery and we have thrown our weight behind them, like never before. Over 850,000 small businesses have benefitted from the government’s Employment Allowance. We’ve cut back £10 billion of burdensome red tape and last year UKTI helped nearly 48,000 businesses export more than £49 billion of goods overseas.

There really has never been a better time to start a business.

The fall is driven mostly by a fall in demand for overdrafts indicating a drop in businesses looking for external finance for working capital or cash flow. However, in 2014 there was a clear increase in the proportion of businesses applying for finance to support growth and purchase equipment, vehicles, land or buildings.

The Small Business Survey 2014 provides a snapshot of the health of the nation’s businesses. This year BIS will expand the research to track a large sample of businesses over time to better understand how government can support small firms.

Today the government also published a study into management and leadership skills. Its findings show that many small businesses could benefit from improved entrepreneurial skills. While many of the 2,500 small business leaders questioned said their businesses assessed their skills highly, some said they have weaknesses and can do more to improve their management skills.

The 2014 Global Entrepreneurship Monitor out today also underlines the strength of enterprise in the UK. There has been a significant increase in the number of people who are thinking about starting a business, have recently set one up or have one that’s less than 42 months old. The total early-stage entrepreneurial activity (TEA) now stands at 8.6% in the UK in 2014, up from the 2013 figure of 7.3%. The UK has pulled ahead of France and Germany in the entrepreneurship stakes.

Entrepreneurial activity among the over-50s age group has also continued to increase to reach its highest ever level of 7.1% in 2014.