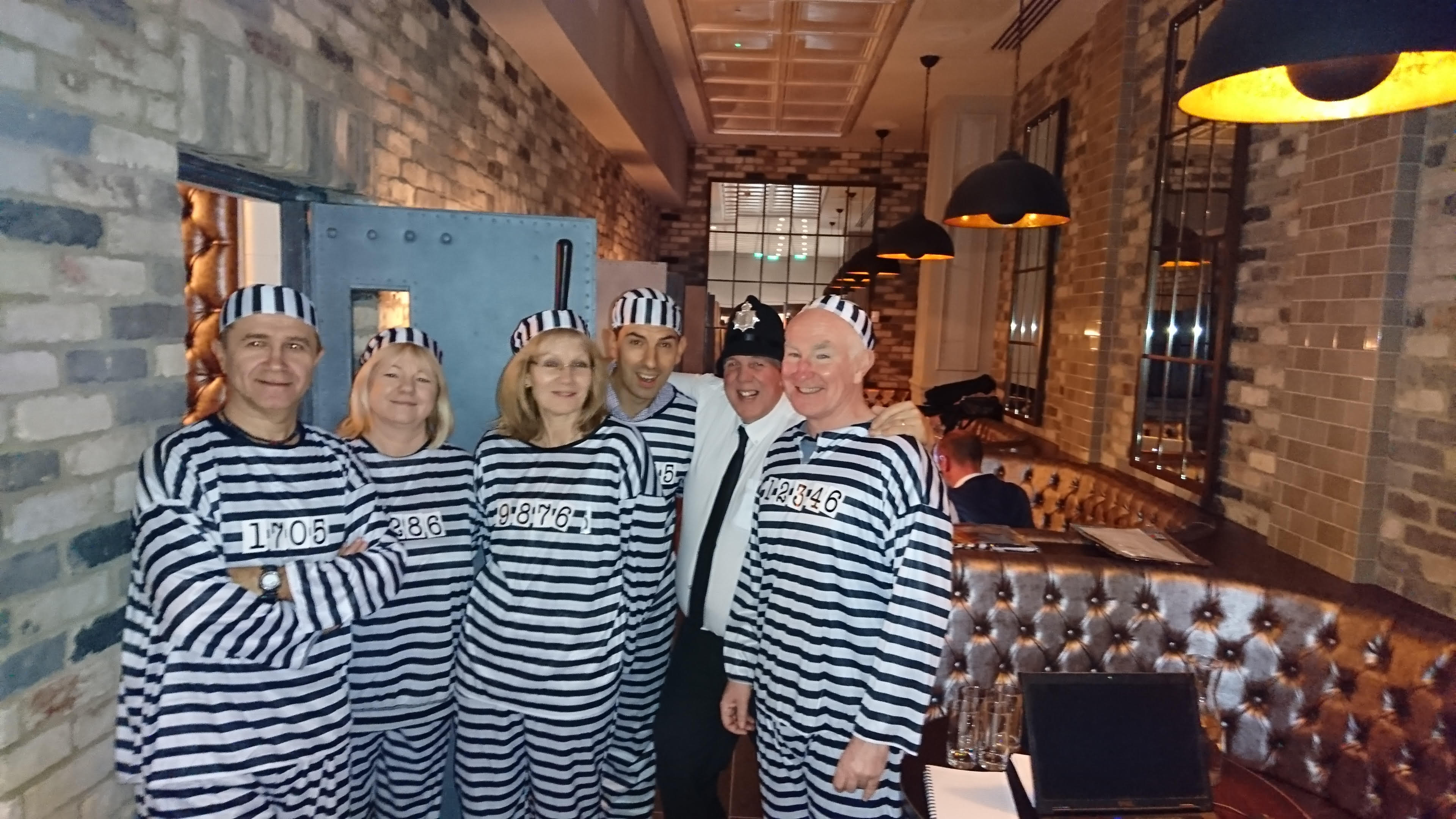 On Tuesday, YBC Members Angie Phillips, Mia Flanagan, Chris Daems, Chrys Patsalides and Ted Wigzell took part in a charity jailbreak in aid of member charity Transitions UK.
Appropriately, the venue was the Courthouse Hotel in Shoreditch which was formerly the Old Street Magistrates’ Court and which housed many infamous names in its time.
The YBC 5 were tasked with raising sufficient bail before they could be released and, fortunately for all concerned, they succeeded! At last count they had raised almost £2000 with donations still coming in.
Transitions UK exists to help disadvantaged young people transition into adulthood and if you’d like to donate please click here.  Ron Overton, the charity’s Chief Executive, said “Thank you to everyone at YBC for giving up their day and for helping us all have so much fun in raising so much money”.